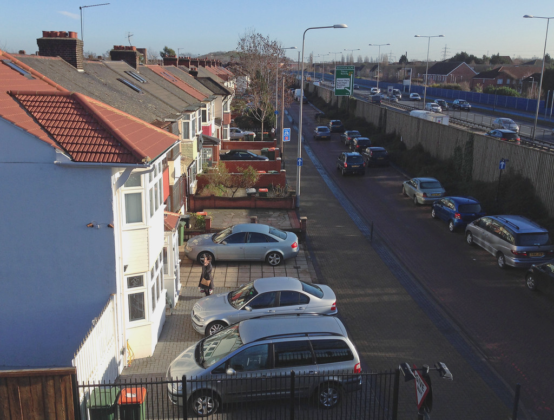 The London Borough of Newham

A breakdown of the regeneration, house prices and key features of the London Borough of Newham.

AN OVERHAUL TO CANNING TOWN

Canning Town is currently undergoing a £3.7 billion scheme where 10,000 new homes are being developed in the area, with 3500 homes having already been completed.

In 2019, Newham opened a new walkway between Canning Town and Poplar, allowing people to reach Canning Town station without crossing the A13. This was part of the area’s aim of going fully carbon neutral by 2030.

This 23 acre site next to Stratford Station and close to the Olympic Village and Stratford Westfield was given the green light for redevelopment by residents in December 2021.

The redevelopment will consist of 2000 homes with 1000 homes at social rent levels, and the first will be completed by 2025 if all goes to plan. As well as new homes, nearly half of the existing homes will be refurbished and upgraded to make them more eco-friendly, starting this year.

ONE OF THE CHEAPEST BOROUGHS IN LONDON

Though not quite as cheap as neighbouring Barking and Dagenham, Newham’s average asking prices in April 2022 according to Rightmove was £447,000 in the bottom six in all of London.

The council is funding £5.3m worth of improvements to Newham High Streets, with the aim being to improve the look, feel and function of Queens Market, and make public space improvements.

On a similar note, the council has agreed to deliver 400 electric car charging points in the borough.

THE EFFECT OF THE ELIZABETH LINE

With Forest Gate, Manor Park and Stratford train stations all in the borough of Newham, the area has seen the highest boost from the launch of Crossrail of any affected London borough.

Prices across the borough have grown by £200,000 over the past decade and with Crossrail set for full completion next year, there’s still room for even stronger connectivity in the area.

The redevelopment at Durning Hall in Forest Gate has faced backlash over the last year, over fears of losing the community centre which has stood for 60 years.

Nevertheless should it go through, the area can expect to see a development of 90 homes split between two buildings, with 35% of them aimed to be at “affordable rents”.

The recently completed Earlham Square is one of the biggest developments built in Forest Gate in recent years and has improved the look and feel of the high street.

Sitting a stones throw away from Forest Gate station, the development still has three bedroom apartments available via shared ownership, starting at £152,000 for a 25% share.

Often burdened with a reputation for crime, pollution and poverty, The recent and planned regeneration in Newham and affordable house prices has seen the Borough become one to watch in London.

The breakthrough at Carpenters Estate is news to keep an eye on, and with less crimes being committed in 2021 than any year going back to 2016, and affordable but ever rising hosue prices, Newham is an area to keep an eye on.

We use cookies on our website to give you the most relevant experience by remembering your preferences and repeat visits. By clicking “Accept”, you consent to the use of ALL the cookies.
Cookie settingsACCEPT
Manage consent

This website uses cookies to improve your experience while you navigate through the website. Out of these, the cookies that are categorized as necessary are stored on your browser as they are essential for the working of basic functionalities of the website. We also use third-party cookies that help us analyze and understand how you use this website. These cookies will be stored in your browser only with your consent. You also have the option to opt-out of these cookies. But opting out of some of these cookies may affect your browsing experience.
Necessary Always Enabled
Necessary cookies are absolutely essential for the website to function properly. This category only includes cookies that ensures basic functionalities and security features of the website. These cookies do not store any personal information.
Non-necessary
Any cookies that may not be particularly necessary for the website to function and is used specifically to collect user personal data via analytics, ads, other embedded contents are termed as non-necessary cookies. It is mandatory to procure user consent prior to running these cookies on your website.
SAVE & ACCEPT